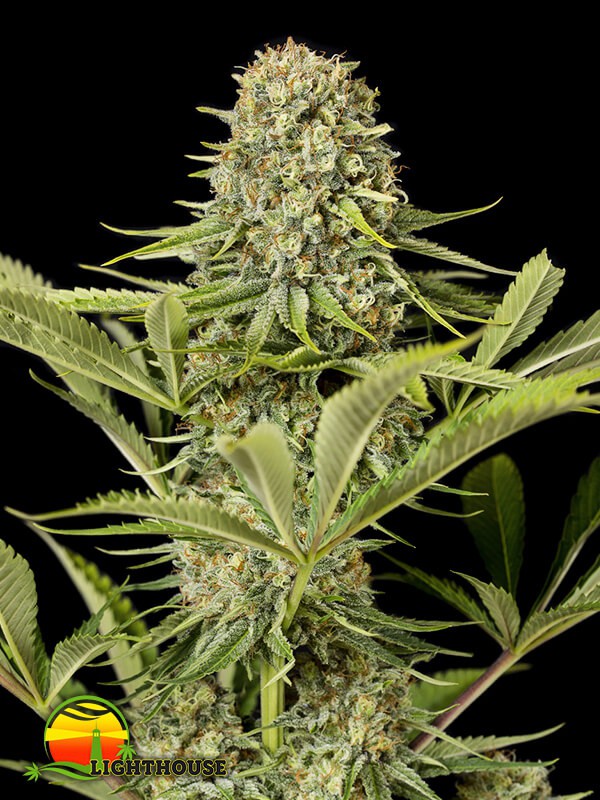 Critical has become the most well-known variety of cannabis in Spain over the past two years. The reason is that the Skunk#1 genetics are dominant in this strain, which is also composed of an Indica variety of Afghani origin, a highly productive strain developed on the west coast of US, and which received the name of Big Bud.  Mr Nice Seed Bank commenced with this hybrid, naming it Critical Mass. It could be said that they became the &ldquo;godfathers&rdquo; of the most popular genetics in the whole country. Thank you, Shantibaba, Neville and Mr. Nice!

Dinafem owe them a few words of recognition because thanks to their hard work (and that of a few others), Dinafem have been able to create a truly popular seed. And now, it is time to try again, this time crossing Critical+ with the most productive sativa in the Dinafem catalogue of mother plants &ndash; the only one capable of flowering in 70 days, producing up to 21% THC.  The plants aspect is shabby like the sativa, with ample knots and very large light green leaves that hang limply. An explosion of flowers are produced, totally covered with large crystals of resin, in a much shorter period than one would expect with a sativa.

The crossbreed we have produced with these two elite varieties does not have the effect of a pure sativa, but it does have a fairly strong effect, the effect of the Critical+, fairly well-balanced; the modification increases its psychoactive side. It has an intense fruity flavour, but in some samples this varied to a lemony taste of wood. Very productive, even more than Critical+, an authentic flower producing machine, flowers which are very regular in size and homogenously placed on the branches &ndash;an heirloom received from its Critical+ side. There is a clear increase in strength, in exchange for a few more days till flowering.  Also, there is a noticeable increase in resistance against damp and fungus.  The result is guaranteed to surprise.