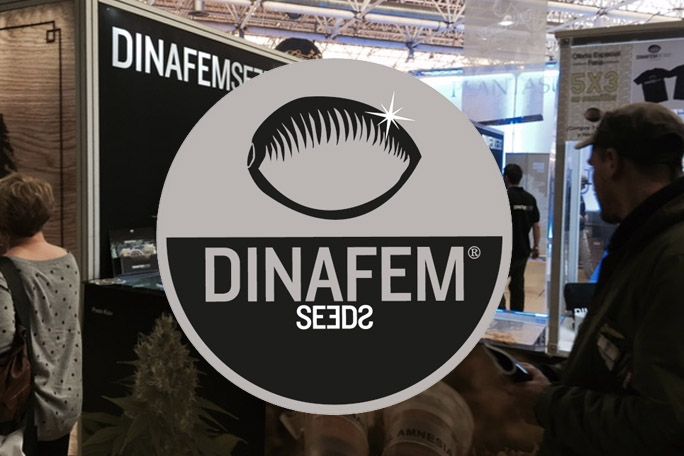 How did you start of breeding and producing cannabis seeds and why?

The story of how Dinafem Seeds was created is easily told. After accumulating years of experience cultivating cannabis in all its varieties and having enjoying the most interesting strains of the moment as growers, it got to the point where the team behind Dinafem had to experiment and test. Tests were oriented towards the creation of a company and tackling legal issues associated with it... there was still much to be prepared before the first Dinafem seeds were created.

Dinafem's team took the first steps, with a full year of technical research and the implementation of the operational aspect; cuyltivation areas, documentation and an in-depth study of the botanical aspects of cannabis. Creating feminised seeds, working with selected mother and male plants... these were our first steps, before any results were obtained.

Another year had gone by, a whole year since we harvested our first commercial seeds. Everything was ready to officially put them on sale. On January 1st 2005, Dinafem Seeds was officially created as a company dedicated to achieving excellence, in all aspects of its products and services. At that time, we were the first professional company dedicated to feminised seeds in Spain, proving that the quality of feminised seeds could be as good as or even better than the "Dutch legends".

During the first years, we started shaping the catalogue of the brand with the first names of our strains that, in those days, were almost unknown: Moby Dick, Critical+, Blue Widow... Since then, we have spent 6 years developing, selecting and improving a wide range of 100% stabilised, standardised and feminised seeds, obtained from some of the best top-quality cannabis strains in the world.

Do you have any special cultivation tips for our readers?

Do not over water, especially at the beginning of the growing when working with autoflowerings. This is a common mistake many people do when first growing autoflowerings and then they get disappointed because they get a 8 inch plant.

How do you think about the medical cannabis movement?

The scientific evidence regarding the potential of cannabis for medical purposes is still being developed and much research is needed, yet there are a few studies that leads us to believe that cannabis will help many different people with very different illnesses and disorders. In this sense, full legalization will only help to conduct research without all the bureaucracy needed these days.

What kind of new developments are going on in your company?

Well, right now we are working on our own CBD line of genetics, so in the near future you will see the outcome of our work. We will develop well known strains with different CBD ratios. Like for example OG Kush CBD and so forth.

Our flagship strains are Critical+ and Moby Dick. However this is very personal and we have a wide range of strains so it depends a bit on what your personal taste is.

How do you see the future of cannabis?

Legalized, totally legalized. Legalization will come from the medicinal side, that´s for sure, but recreational will end up being legalized everywhere, because at the end of the day it's a very thin line that separates, in some case (not all), recreational and medicinal. So, yeah definitely the future of cannabis is legalization. There are a few countries that are already working on legalizing medical marihuana. Such as Chile (for medicinal there is already a full legalize growing production), Colorado, Colombia, Canada, Israel, Italy, South Africa, etc.

Posted in Blog Interviews By Sebastiaan